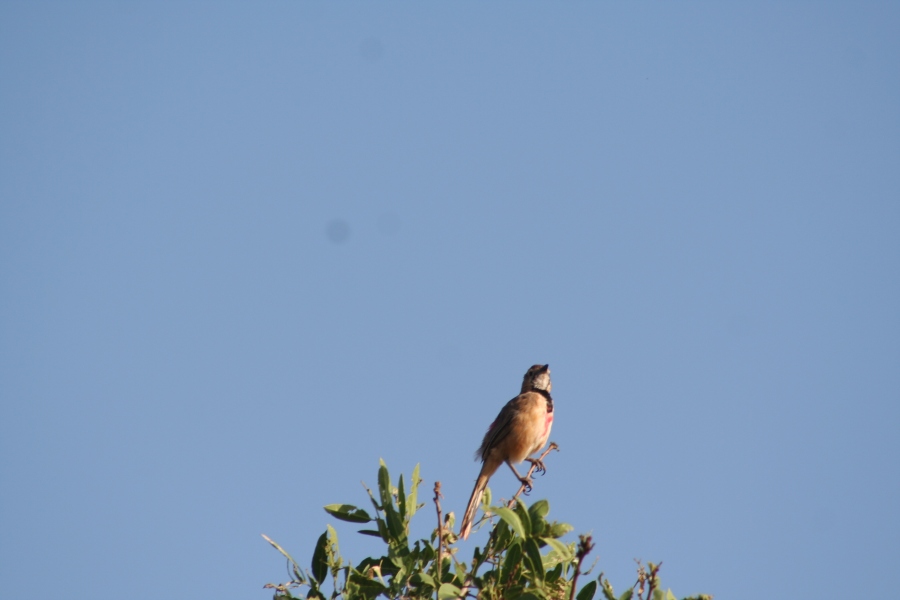 Rosy-patched Bush Shrike is a beautiful bird!it is locally  common in bushed grassland, bushland and scrub in arid and semi-arid plateau country up to altitude of about 1600 meter.Two races occur, apparently without intergrades: hilgerti in northern and eastern Kenya from Turkana, Ileret, Marsabit and Moyale to Baragoi, Isiolo and Athi .While the race Cathemagmena is in south Kenya in areas around Tsavo west and East National park.

While birding in those areas mentioned, this bird should be hard to see as they always like singing on top scrub bushes.They are never shy as such.