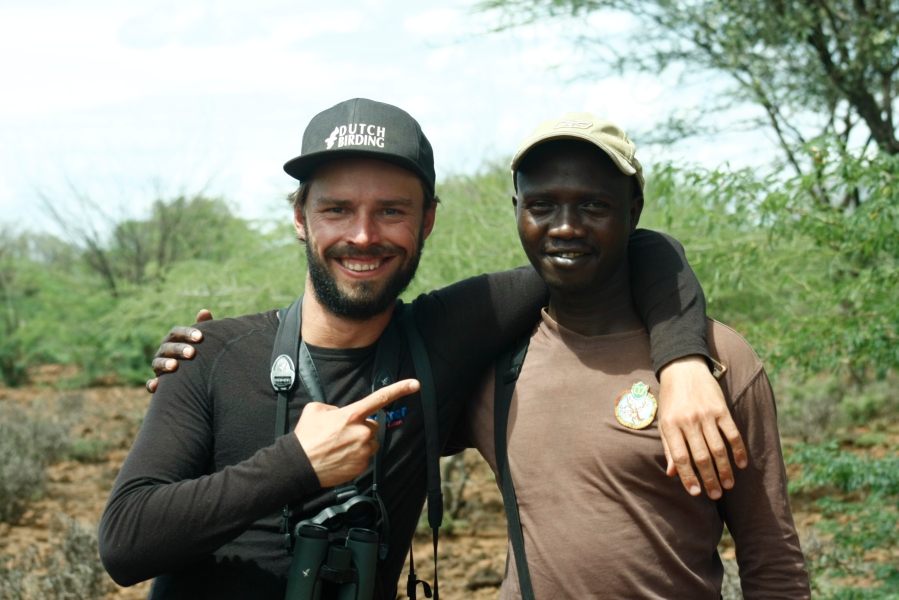 After Noah Strycker Big year in Kenya July Last year, Arjan Dwarshuis came for his Big Year in April 16-29 2016.His visit coincided with April rains and therefore,  everything was green and all the Whydahs,Bishops, Widowbirds and Weavers were all on their full breeding plumage. We were even lucky with some migrants on their way north. The trip was put together by African Birding Safaris and my friends Zarek Cocker and Stratton Hatfield were kind enough to have invited me to provided some guiding services to this experiences birder. joining Arjan in this trip  was Ethan Kistler from Birding Africa in South Africa, an exceptional birder who has done extensive birding in Democratic Republic of Congo, Rwanda, Uganda,Tanzania Ethiopia, South Africa and and Malawi. He was blessed with musical ears and for that reason we put him in judge of bird calls confirmation, a duty he diligently performed.

In 16 days, we recorded 634 species, using our clement list, and some the highlights of the trip included; William’s Lark, Aberdare Cisticola, Sharpes Longclaw, Gray-crested Helmet Shrike, Boran Cisticola, White-crested and Black-billed Turaco, Blued-headed Bee-eater, African Broadbill, Yellow-crested Woodpecker, Amur Falcon, Karamoja Apalis, Bronze-winged Courser, Red-naped Bush-shrike, Sokoke Pipit and Sokoke Scops Owl. He is now in Uganda keeping up with the chase, and I wish him well, as you may know, Noah isn’t a pushover.